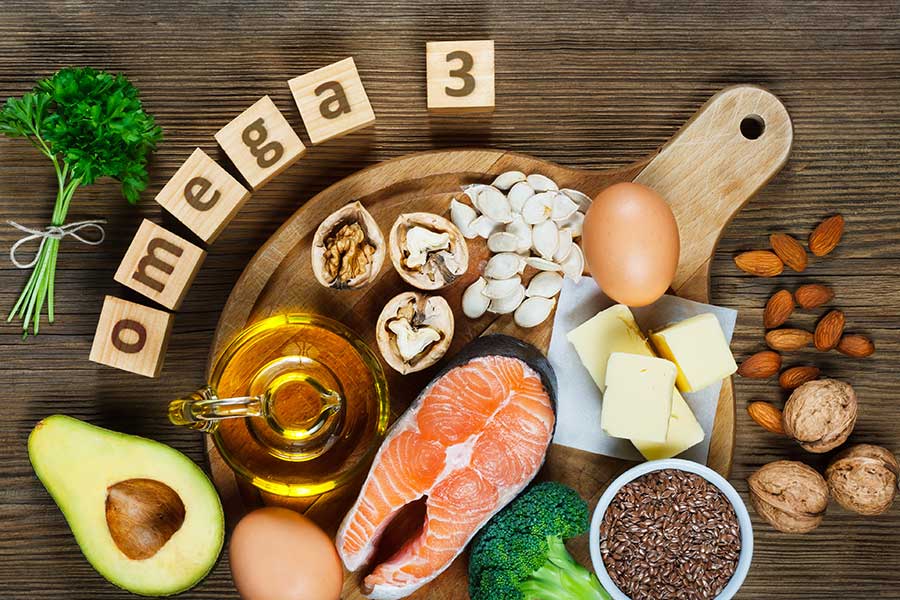 Omega-3 fatty acids are a group of polyunsaturated fats that are important for maintaining optimal performance and these dietary fats affect numerous important functions in the body. Generally speaking, these fatty acids are found in foods such as fatty fish and certain vegetable oils but are also available as dietary supplements. A 2007 survey by the National Center for Health Statistics found that omega-3 supplements were the most commonly used nonvitamin/nonmineral natural product taken by adults, and the second most commonly taken by children (Omega-3 Supplements: An Introduction. National Center for Complementary and Alternative Medicine. 2012).

In the early 20th Century, scientists using animal subjects found that the deprivation of certain fats (specifically polyunsaturated fats) in the diet caused the development of different illnesses. Over the next 75 years, much research has been conducted on the impact of dietary deficiencies of certain fats on the development of cardiovascular disease as well as human longevity. By the 1980’s, enough research had been conducted on diets high in omega-3 fatty acids from certain fish and rapeseed oils associating such diets with record longevity and lowered incidence of cardiovascular disease (Hirai, Terano et al. 1989; Kagawa, Nishizawa et al. 1982).

Most American diets tend to provide at least 10 times more omega-6 than omega-3 fatty acids. Scientists generally agree that people should consume less omega-6s and more omega-3s for good health. As is the case with most nutrients, natural sources from food are preferred. Some natural sources of omega-3 are seeds, vegetable oils (canola, flaxseed, and soybean), green leafy vegetables, nuts, and beans. Fish oil and fatty fish such as salmon, mackerel, herring, and tuna are some other primary sources. Algae oils are a vegetarian source of another type. Omega-3s available as dietary supplements are usually in the form of capsules or oils. Commonly used supplements include fish oil, flaxseed oil, and walnut oil (Omega-3 Supplements: An Introduction. National Center for Complementary and Alternative Medicine. 2012)

When comparing the highest intake of fish in subjects to that of the lowest fish intake, the beneficial effects of omega-3 fatty acids have been well documented for decades. In population-based case-control studies, the patients consuming modest amounts of fish, the equivalent of one fatty fish meal per week, had a significant lower risk of primary cardiac arrest compared with those who did not eat fish at all (Simopoulos, Artemis P. Omega-3 fatty acids and cardiovascular disease: The epidemiological evidence. Environ Health Prev Med. 2002 Jan; 6(4): 203–209).

In summary, a diet high in fish, nuts and oils like grapeseed or flaxseed will become an essential stop to maintaining optimal health. There are some individuals that experience some gastric distress when consuming Omega-3 supplements so caution is to be observed when beginning this type of supplement. However, if you have consumed fish and other oils naturally in your diet and not experienced any difficulties, you might consider an increase in the frequency of consuming such foods.

The first thing you need to know is that fish oil is loaded with long-chain fatty acids called EPA and DHA. These long-chain omega 3 fatty acids are a great benefit to your heart health, and fish oil is loaded with these fatty acids. The American Heart Association recommends 1 gram of fish oil be consumed per day to fuel your cardiovascular system with this vitamin rich, healthy heart fuel. These fish oils are natural anti-inflammatory agents and can also help prevent chronic illnesses, especially chronic illnesses of the heart and circulatory system, which becomes more important as you age.

Top fish predators like sharks, tuna, and swordfish are full of Omega 3, but these big sport fish can get contaminated, and aren’t always the best sources for the nutrients. These fish had been eating everything in the ocean, and could be full of dangerous chemicals like high concentrations of heavy metals.

The best fish to harvest for these natural uncontaminated nutrients are down the food chain, like salmon, mackerel, sardines, and herring.
Supplement Review Digest.com 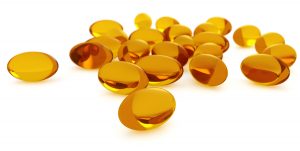 Here are a few variables to be aware of when shopping for a fish oil supplement: